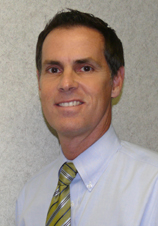 Dr. Todd Bowman began practicing in 1988 and is now well established in the optometric community. His technical expertise has contributed much to bringing the latest state-of-the-art procedures into the practice.

A Florida native, Dr. Bowman was born in Sarasota and raised here in Jacksonville. After graduating from Englewood High School in 1979, he received a Bachelor of Science degree from Trevecca Nazarene University in Nashville, Tenn., and his Doctorate of Optometry degree from Southern College of Optometry in Memphis, Tenn.

Dr. Bowman has a strong background in contact lenses, as well as ocular diagnosis and treatment. He has distinguished himself as an author in national Optometric journals and as a clinical research specialist for several contact lens companies. He is a member of the Contact Lens Section of the American Optometric Association and the Northeast Florida Optometric Society. Dr. Bowman is also a founding member of the Society of Eyecare Specialists, a leading consulting group for contact lens manufacturers.

Dr. Bowman is married to his wife, Pam, who is also our Business Manager. 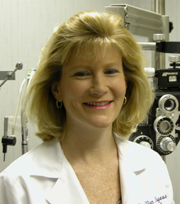 Dr. Rogers Wagner has been practicing since 1988 and has worked with Dr. Bowman since 1993. She previously served as the Staff Optometrist at the Baptist Eye Institute where she gained a broad experience in diagnosing and treating a wide variety of ocular diseases.

The daughter of an Air Force dentist, Dr. Rogers Wagner was raised all over the United States and several foreign countries. She pursued her undergraduate education at Auburn University before going on to receive her Doctorate of Optometry degree with Honors from the University of Alabama at Birmingham. Dr. Rogers Wagner has been actively involved in local and statewide optometry
organizations, having served as President of the Northeast Florida Optometric Society and chairing several committees for the Florida Optometric Association. She has worked as a clinical investigator for several contact lens companies.

Dr. Rogers Wagner likes to stay active in the community and was instrumental in starting the optometry clinic at the I.M. Sulzbacher Center for the Homeless in 1995. She received the Golden Rule Award and the Duval County Volunteer Optometrist of the Year Award for her volunteer work, as well as the Alumnus of the Year Award from the UAB School of Optometry. Dr. Rogers Wagner is an involved in the First Coast Auburn Club and loves her Tigers! Dr. Wagner is married and has a son.

Dr. William “Will” Smith is an Optometric Physician with a special interest in Ocular Disease, Therapeutic Contact Lenses and Surgical co-management.  He earned his undergraduate degree, a B.S. in Biochemistry, Molecular and Cellular Biology from University of Tennessee, while also playing for the football team as a placekicker.  Dr. Smith is a graduate of University of Alabama-Birmingham School of Optometry.  He continued his optometric training through a residency at the West Los Angeles Veterans Affairs Hospital specializing in hospital-based optometry and ophthalmologic co-management of glaucoma, cataracts, inflammation, trauma, retinopathy, and other ocular disease.

Dr. Smith was the optometric clinic director at Advanced Vision Care in Beverly Hills, California where his main focus was on Anterior Segment Disease, Therapeutic Contact Lenses, and Surgical co-management.  He has participated in multiple clinical studies such as: Avedro corneal-crosslinking, Implantable Miniature Telescope (IMT), Humanoptics Artificial Iris Transplant, and Dry Eye Disease.  He has published peer-reviewed literature and has lectured on both anterior and posterior disease of the eye.

Dr. Smith has served as a volunteer for many organizations such as: Volunteer Optometric Services to Humanity (VOSH), Special Olympics, WeCare and Camp Abilities.  He serves on the planning board for the Southeastern Congress of Optometry (SECO) and is a member of Northeast Florida Optometric Society and American Optometric Association.

When not immersed in eyecare, Dr. Smith enjoys water sports and seeking adventure with his wife, Christie, and daughter, Shea.